The World Plays ESO nears its exiting conclusion with even more streams, giveaways, and nonsense! Check out the schedule and participants here.

The World Plays ESO has seen our brave adventurers explore almost every inch of Tamriel, but we’ve still got two more weeks of fun, including the Greymoor and Blackwood Chapters to cap it all off!

To see what is up next, check out our schedule below. 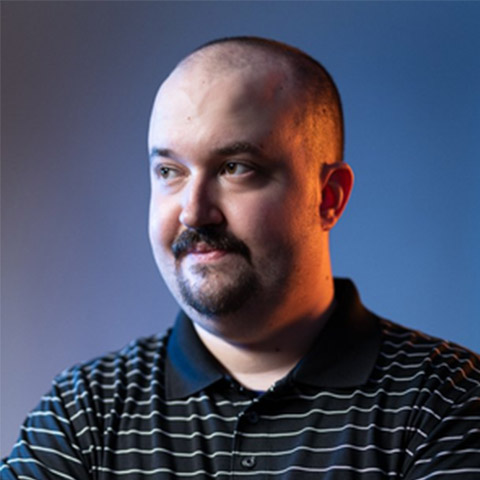 Twitch Veteran of over 11 years and a true variety streamer of all genres. DansGaming is an engaging and community-focused streamer who provides a welcoming place for all. For World Plays ESO, Dan will be exploring the Dragonhold zone and story. 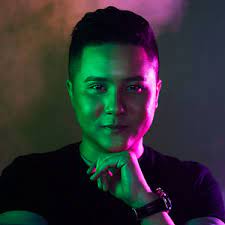 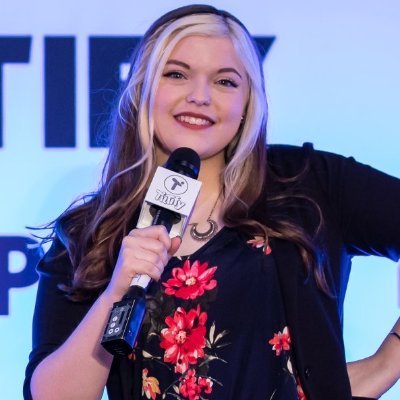 A variety broadcaster, host, writer, and producer, Meg Kaylee brings positive vibes with a focus on community in her streams. For The World Plays ESO, she’ll be teaming up with the ZOS team to tackle some dungeons. 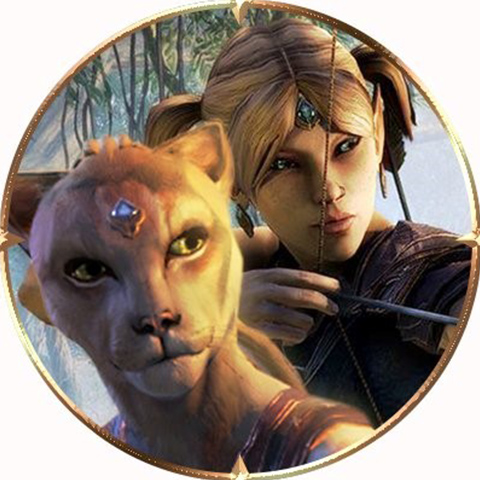 If you’d like to watch a Japanese ESO stream, you can check out the official ESO Japan streams on Twitch or YouTube. 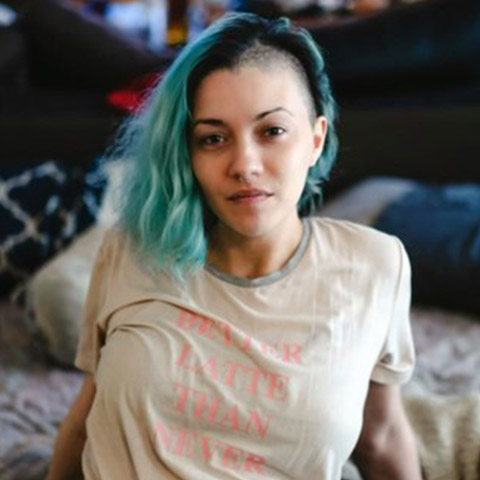 A Canadian streamer specializing in housing and PvE content, aesmatv enjoys chatting with her viewers while questing, completing Dungeons or Trials, or simply working on her home. After being first introduced to the world of the Elder Scrolls with TES V: Skyrim, aesmatv will be tackling the Greymoor zone and story as part of World Plays ESO. 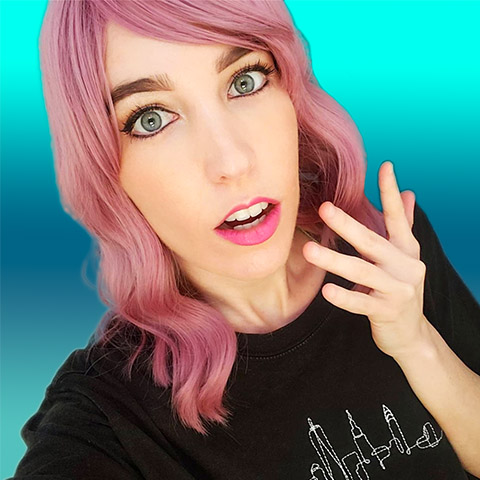 Regularly streaming housing content, veteran Dungeons, Antiquities, and the latest Tamerelic fashions (Fashion Scrolls is end game), DESHPLEASE is a lover of Argonians and crusty bread (extra crusty) and has been obsessed with the world of the Elder Scrolls since TES V: Skyrim. DESHPLEASE has the honor of exploring the Markarth zone and story for World Plays ESO. 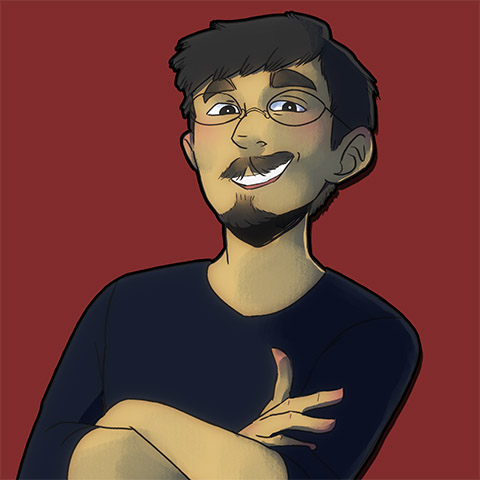 Zero Period always feels right at home with ESO’s questing content and loves the game’s narrative and story-driven gameplay. Always interacting with chat and sharing stories about games and food, for the World Plays ESO, Zero Period is charged with exploring the most-recent Blackwood Chapter zone and story. 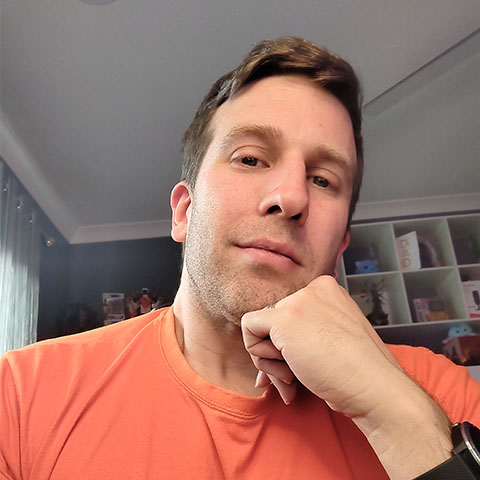 Dacu is a father and full time IT nerd who spends his spare time watching his fish, hanging out in the DuckPond and exploring the edges of Tamriel. He likes to fiddle with code, streaming for charity was the primary motivation behind starting up his channel. Catch Dacu exploring Dungeons in World Plays ESO. 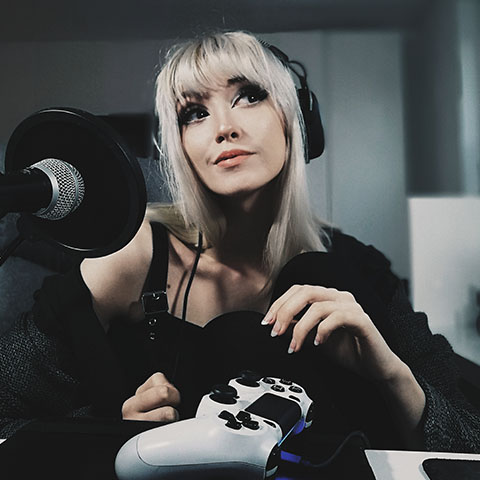 Lasuu, the Mother of Birds, loves experiencing the magic of ESO with her chat whilst spending a lot of time at the Outfit Table to combine as many feathered motifs as possible! Seeking colder climates for the World Plays ESO event, Lasuu prepared herself (at least she tried) to investigate the Darkness threatening Western Skyrim and the Reach. 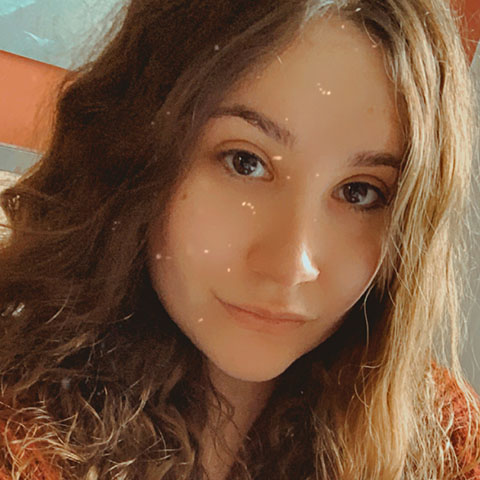 NinikuLive (or just Lulu) can usually be found doing endgame Raid Content trying to get the next Trifecta with her group, happily answering all your healer related questions. For the World Plays ESO event, Lulu will leave her raids behind and dive into the stories of the Markarth DLC and Blackwood! 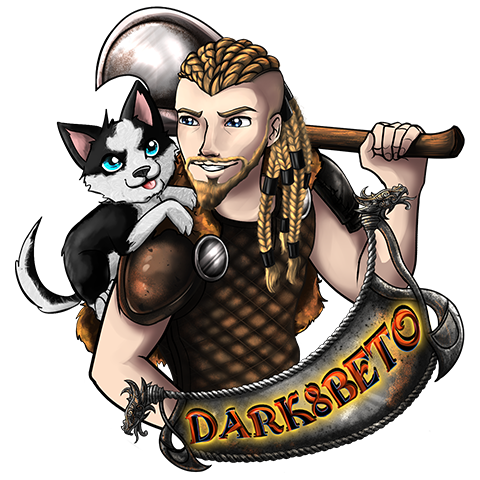 Dark8beto has been creating local guides and builds since 2011 for the Spanish RPG community. He started back in the days with Skyrim and is now one of the first members of the ESO Stream Team in Spain. He is always at the service of the community to help players grow and overcome the language barrier. If you are looking for crazy builds for your characters, this blond streamer is who you need! Laughter and jokes are key on his channel… and it is contagious! 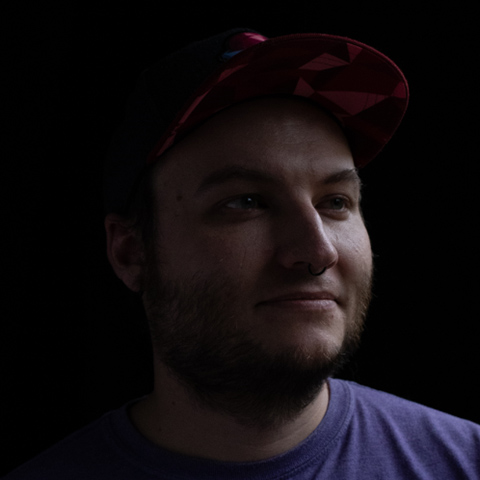 Prestonality hails from Ontario, Canada but prefers to spend most of his time in Summerset. He enjoys PvE content like crafting, dungeons, and questing, as well as dabbling in PVP. For The World Plays ESO, he'll be taking one of his alts through the Dragonhold questline to the final moments of the Season of the Dragon. 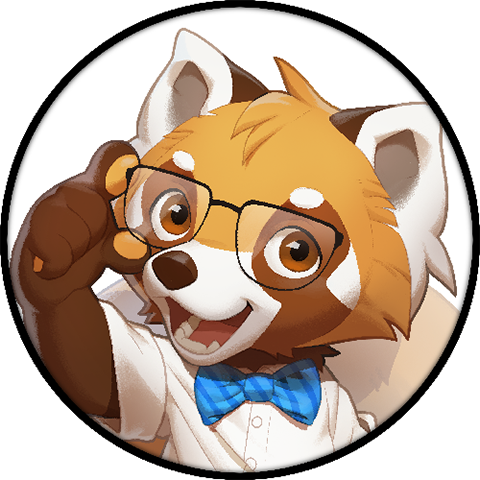 Tianlein creates ESO guides on her YouTube and website. During her livestreams, she is mostly focused on PvE content and chatting with her community. Additionally, Tianlein is leader of the social guild the Brotherhood of Askir on PC EU & NA, and loves to host screenshot contests, fashion shows, housing tours and all kinds of ESO community events. 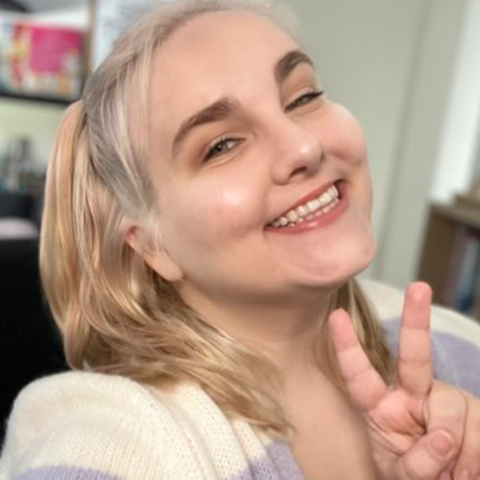 A hardened pumpkin juggler, loonaromi loves and lives for being a giggling casual. She loves doing a bit of everything, but especially enjoys getting lost in her many housing projects. For The World Plays ESO, loonaromi will be furnishing an old hidden Aylied library. 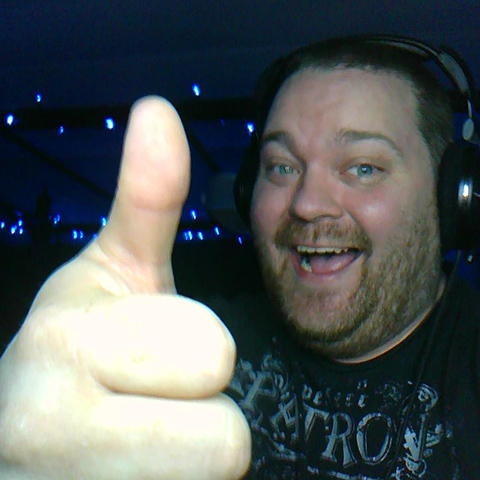 Ninjamonkey0169 Housingmancer extraordinaire can be found most days bounding through Tamriel with his fluffy Streaming companions Sokka Chewbacca and Tina Bobina. 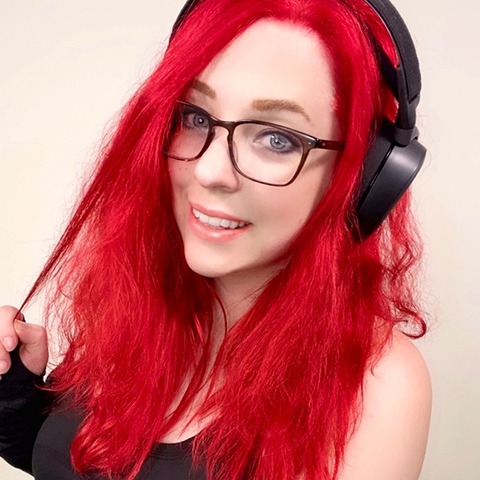 Vindahlia emphasizes chatting and engaging with her community as she shares her more laidback ESO adventures, often focusing on "aesthetics and cosmetics," or exploring the world, capturing screenshots, and harvesting to her heart's content. 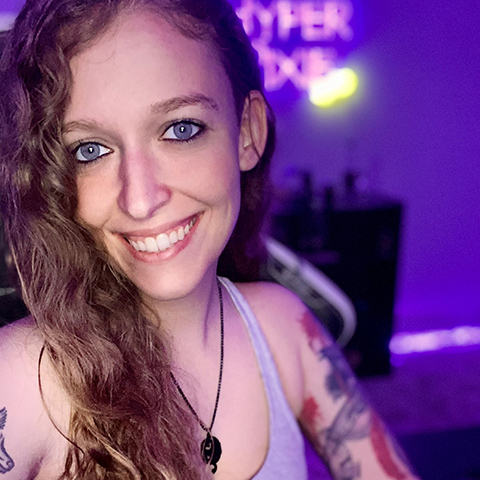 HyperPixieGaming is a co-host on the Tales of Tamriel podcast and loves tackling end game PvE content while chatting with the community. During the World Plays ESO promotion, HyperPixie will be streaming Greymoor world events and vet Kyne’s Aegis. 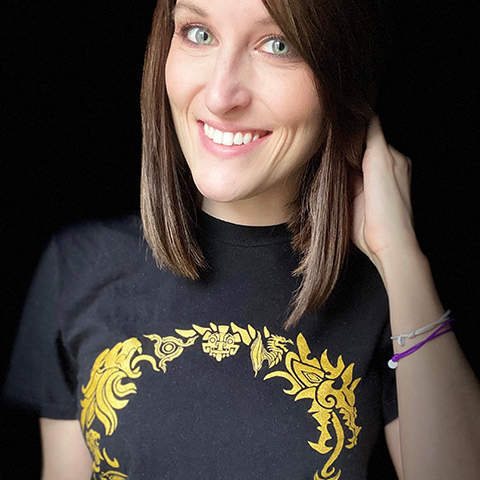 MissRae is one of our Xbox streamers and has been playing/streaming ESO since the game launched on console in 2015! Whether it’s questing, dungeons, trials, or even PvP, you’ll get a little bit of everything on her community-driven channel! 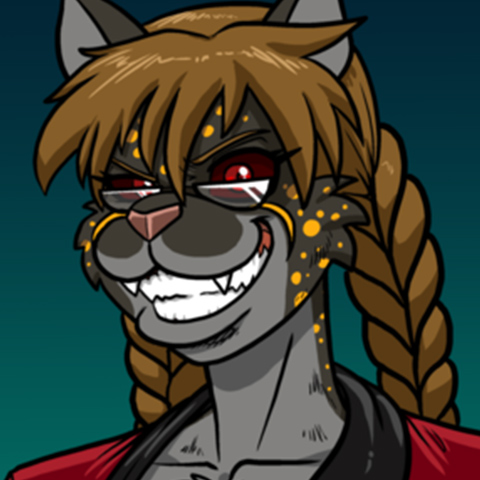 Warm sands traveler! Hero of None has been streaming ESO since beta in 2014 and playing Elder Scrolls games since 1996! Hero's streams range in lore quests, PVE challenges, dungeons, trials, and PvP. For this event, come and join this one in exploring Southern Elsweyr. 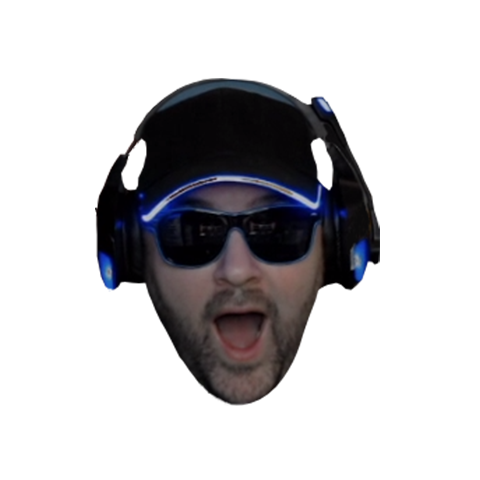 As a full-time content creator, Dooma can be found in The Gameroom bringing you high energy streams showcasing all that ESO has to offer with builds and guides. During the World Plays ESO event, Dooma will be exploring the Greymoor and Blackwood chapters as well as some PvP action! 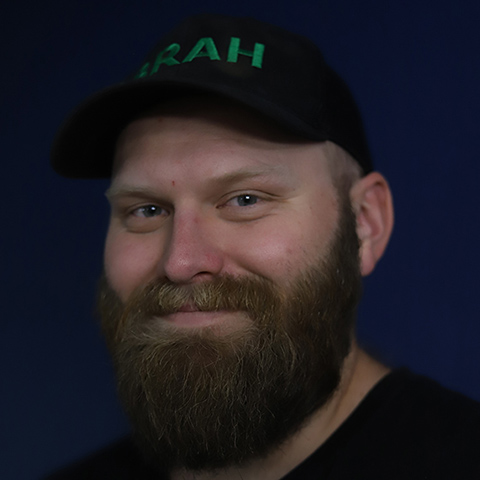 BrahWeGotThis focuses on helping new or returning players understand and feel welcome in the world of ESO. During The World Plays ESO, he will be streaming DLC dungeons and overland content.

In addition to the above, keep an eye out for these streamers: BertFerkins, PainInTheAxe, JebroUnity.

We’re very excited to see our streamers and special guests explore The Elder Scrolls Online’s most-recent Chapters and DLC over the next two weeks.  Be sure to visit our official web page and social channels via Twitter, Instagram, and Facebook to keep informed on the latest news, and we’ll see you in Tamriel for the final stretch of The World Plays ESO!