For the first time in history, the long-closed borders of Summerset are open to foreigners by decree of Queen Ayrenn. But darkness looms over the ancestral home of the High Elves, and whispers stir of Daedric followers organizing in the shadows. Rally your allies, brave champions. Summerset awaits.

Summerset's Capital and seat of power for Proxy Queen Alwinarwe. Visitors and locals alike will be mesmerized by Alinor's shining towers as they tour the city's many landmarks, including the Golden Gryphon Inn, the Oleanderr Coast Winery, and the bustling Riverside Market.

Boldly built atop the peak of Eton Nir, Cloudrest is the home of the Welkynar Gryphon Knights and their Aerie. But be warned: due to an unforeseen catastrophe, the Divine Prosecution has been forced to evacuate the city and barricade the main gate. If you wish to enter you may need to find an alternative path.

When you arrive in Summerset, you'll find yourself in the city of Shimmerene, also known as the City of Lights. But the town is in turmoil, and before you begin your adventures or make yourself at home, it would be wise to familiarize yourself with the Queen's decree regarding visitors.

Also known to the High Elves as Crystal-Like-Law, this sacred monument opens only to the Sapiarchs' tower sentinels and is both a place of research and a mausoleum for the honored dead. At its apex, it holds a powerful crystal called Transparent Law, though its purpose is a mystery to all but the highest-ranking Sapiarchs.

Found on the northwestern coast of Summerset, the city of Lillandril houses both the College of Sapiarchs and the local chapter of the Mages Guild, two groups known for their growing rivalry. Razum-dar recommends you steer clear of them and instead put your feet up at the local watering-hole, the Shrewd Brew Tavern.

If you're looking for entertainment and excitement, the township of Rellenthil can be found in the heart of Summerset. There, you can enjoy artistic performances by the renowned House of Reveries or relax at the local Bathhouse.

Reunite with old allies as you enter the tumultuous world of High Elf culture and politics. By decree of Queen Ayrenn, Summerset is now open to outsiders, but that does not mean that all are welcome, and you'll encounter many different influential organizations and individuals during your adventures. 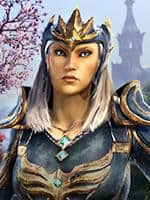 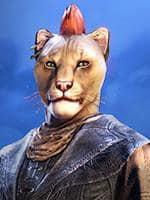 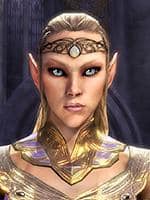 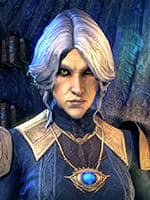 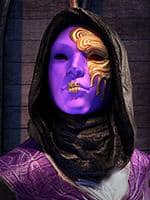 Queen Ayrenn rules over the Aldmeri Dominion. She is young and progressive, seeking to change some High Elf traditions that she feels hold her people back. Before ascending the throne, Ayrenn traveled the world as an adventurer and warrior. While thoughtful and kind, she is also a decisive leader with a stubborn streak. It is by her decree that you can now enter Summerset, and although she does not currently reside on the Isle, her impact on her home and its people cannot be questioned.

Razum-dar loyally serves Queen Ayrenn as one of her most-trusted "Eyes"—the elite intelligence agents charged with protecting Ayrenn and her realm. He's a roguish spy with a wry sense of humor, good with a blade and cunning as a fox. His humble persona hides a capable agent with a will of steel.

Ayrenn's cousin, Alwinarwe, sits on the Alinor throne (Raz says she keeps it warm) while the true Queen travels the length and breadth of her kingdom. She is loyal to Ayrenn and believes in her mission, even if she finds it hard to break the most ingrained of High Elf traditions.

Valsirenn of the Psijic Order

A Psijic sage and member of the Conclave of the Eleven Forces, Valsirenn is an accomplished mage and arcane researcher. Older and wiser than she cares to admit, Valsirenn takes on a mission for the Ritemaster that sends her to Summerset to investigate a threat so dangerous that it brings the Psijics out of hiding.

Alchemy of the House of Reveries

A performer in the House of Reveries and mentor to the Hopefuls, Alchemy is an up-and-coming actor in the famed theatre troupe. With a flair for romance and drama, she has always been an adept actress and storyteller. Her eye for talent has led her to become the troupe's go-to talent scout, despite her status as a newer member.

Few organizations in Tamriel are as secretive and mysterious as the Psijic Order. Now, they've returned to Nirn after centuries of self-imposed exile to investigate a crisis that threatens to unravel the future of Tamriel. Join this ancient society of mages, learn their ways, and gain incredible new abilities that allow you to bend time itself!

350 years ago, this island headquarters of the Psijic Order vanished from Tamriel. For the first time in The Elder Scrolls series, you'll be able to travel to the Isle of Artaeum, visit Ritemaster Iachesis and Ceporah Tower, and begin to unravel the secrets of both the Psijic Order and the history of the Mages Guild.

Should you join the order, you'll have access to an all-new Skill Line that includes new Active Abilities, new Passive Abilities, and a powerful Ultimate. Below are just a few of the powers that you'll weild as a member of the Psijic Order.

Freeze the passage of time at a specific location. Should you catch your enemies within this ability, they'll be slowed and eventually frozen in place, giving you the opportunity to make your move!

Focus your mind and body into a deep meditative state. While active, you will restore Health, Stamina, and Magicka over time. Perfect for those who want to reflect upon and recover from a tough fight.

Become a true master of time and step backwards into the past to instantly reset your Health, Magicka, and Stamina to what they were only four seconds ago. If the battle isn't going your way, reset the board!

Summerset is home to ample beauty and wealth, but it is also a land of great danger and opportunity. All-new adventures and excitement await those who explore the home of the High Elves.

Craft Your Own Jewelry

Forge potent new gear with Jewelry Crafting and bolster your power with handmade rings and necklaces. Make sure you're always wearing your best—you'll need every advantage you can get.

Take On a New Trial

The Divine Prosecution has evacuated and barricaded the city of Cloudrest after an unforeseen catastrophe. Gather your strongest allies, take on this challenging new 12-player Trial, and face the Welkynar and their powerful gryphon companions. Keep both eyes on the skies!

Experience a whole world of adventure on the island of Summerset with unique World bosses, Delves, Public Dungeons, and an all-new group challenge: Abyssal Geysers. Wherever you go, there's always a new adventure waiting for you and your allies.

Defend the Home of the High Elves During the Summerset Celebration

Unlock a Stunning Villa, Mount & Pet For Free during the Summerfall Event

Summerset is home to many dangerous and amazing beasts, but none as majestic or powerful as the gryphon. In this feature article, learn abou…